Believe it or not, having sex might actually kill you!

According to several studies conducted by leading doctors, medical and health experts, deaths during consensual sex account for approximately 0.6% of all sudden deaths. This can occur during consensual sex for various reasons, generally because of the physical strain of the sexual activity, or because of unusual circumstances surrounding the carnal act.

A study conducted by a leading American medical journal has revealed that each additional hour of sexual activity per week resulted in an increased risk of 2-3 myocardial infarctions (heart attacks) and one sudden cardiac death per 10,000 person-years. Experts say that indulging in sexual intercourse can trigger a subarachnoid haemorrhage i.e. is bleeding into the subarachnoid space—the area between the arachnoid membrane and the pia mater surrounding the brain via the Valsalva maneuver. The Valsalva maneuver is performed by moderately forceful attempted exhalation against a closed airway, usually done by closing one’s mouth, pinching one’s nose shut while pressing out as if blowing up a balloon.

Interestingly, the study also found that the “deceased is usually married; he is not with a spouse and in unfamiliar surroundings,” and death usually occurs after “a big meal with alcohol.” So, men who were unfaithful were significantly more likely than those who were faithful to experience severe or fatal cardiac events during sex. A related study conducted later seemed to support the death during extramarital sex theory. Fourteen of the 20 cases of “la mort d’amour,” or coital death, happened during an affair. “Dying in the saddle” is another popular euphemism for death during sex.

Further studies show that majority of deaths due to cardiovascular causes during sex do occur in men. Although generally considered to be safe, Viagra use has been linked to sudden cardiovascular death during sexual activity among elderly or otherwise infirm men. Researchers also say that prescription or recreational drugs, such as cocaine can also possibly contribute to unexpected deaths during consensual sex.

Notable cases of individuals dying during or from sex have been recorded and reported including a president, a prime minister, and a pope…

>> Lord Palmerston, Prime Minister of the United Kingdom, died in 1865 is believed to have died following a brief illness after allegedly having sex on a billiard table with a maid. However, this account is disputed with some sources claiming that he died of pneumonia.

>> Although disputed by many historians, Félix Faure, president of France from 1895 to 1899, is believed to have died while allegedly receiving oral sex from his apparent mistress, Marguerite Steinheil. Some eyewitnesses have claimed that he was in a state of partial undress. The exact cause of his death was recorded as a cerebral hemorrhage. 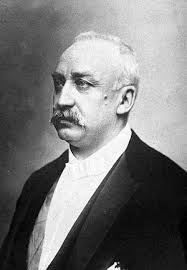 >> Hollywood actor Matthew McConaughey’s father Jack allegedly died while having sexual intercourse with his wife in 1992.

>> In what is believed to be the earliest recorded account, Pope John XII is said to have died of a paralytic stroke suffered while allegedly having sex with a woman named Stefanetta on 14 May 964. Some researchers opine that he may have been beaten to death by the woman’s husband during the act.

>> Former Vice President of the United States and heir to the Rockefeller family fortune, Nelson Rockefeller, is said to have died in 1979 of a heart attack at age 70, rumoured to have been caused by an orgasm during sexual intercourse with his assistant.